Exact dates, times and venues will be announced shortly.

In the meantime take a peek at the great HIT performances in store during CPH STAGE: 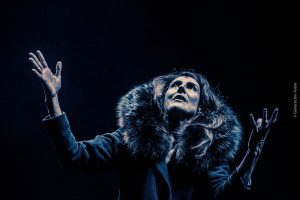 “The Rapture – art vs extinction”
by Moira Finucane (AUS)

An Australian production on tour.

A surreal and spectacular series of monologues.

Couturiers, composers, jewellers, sculptors, painters, performers, singers & faux-furriers. This is preposterous talent in a party on the edge of the abyss.

★★★★★
Review:
“Moira Finucane’s gothic appropriation of a Catholic Mass, is a surreal and spectacular series of monologues, most of them addressing issues of climate change, feminism, and surprisingly, given the shape of the vehicle, only a little of religion. The high priest(ess)-creator is a role she’s made for herself, and she takes it with all the confidence you’d expect of one of Melbourne’s most iconic performers. The action is delivered with an intensity that shifts at times between the charming and the vicious, the histrionic and the droll, the pathetic and the passionate.”
(Daily Review, Australia)

Don’t miss this edgy, immersive theatre experience, which keeps the audience – literally – in the dark! 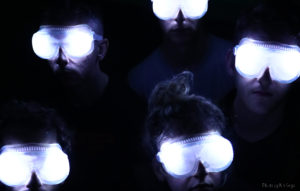 When a mysterious and fiercely contagious virus starts spreading among a major city’s population, causing all infected victims to lose their sight, the government takes emergency action and isolates those affected in unprepared quarantine facilities. As the consequences of the epidemic are revealed, citizens are driven to expose the very brightest and darkest aspects of their human nature. Who do we become when faced with discrimination, dehumanisation and extinction?

★★★★★ “A dystopian immersive masterpiece – UNMISSABLE!”  (ToDoList London)
★★★★ “A theatrical experience that will stay with you for a long time.”  (London Theatre 1) 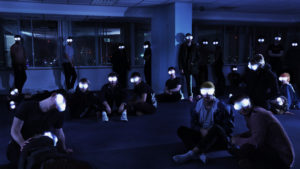 Ferodo Bridges is an international theatre company, based in London, that creates and produces plays that engage audiences in an immersive and strongly political manner. The company’s artistic director, Alexander Raptotasios, mixes classic texts, pop culture, performance art, immersive and physical storytelling to create experiences that foster debate and communication, usually in unconventional spaces and by using all the senses. The company has been supported in the past by the Arts Council England to create and tour work in England, but it has also presented work in Greece, Denmark, Japan, Spain and India in collaboration with various local artists and theatres.

An intimate yet unsettling performance featuring a woman’s journey to conceive while dealing with her most dark and feminine sides. A reality embedded in the toilet that has become a small, private temple in an attempt to create life in the shadow of death. When deep in shit, poetry comes out, and when the stench is so present it becomes a fragrance in her Fantasy Cabaret…

A HIT own production 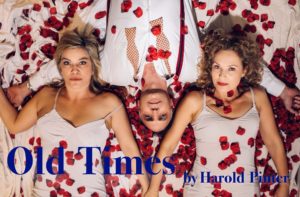 “THERE ARE THINGS I REMEMBER WHICH MAY NEVER HAVE HAPPENED, BUT AS I RECALL THEM, SO THEY TAKE PLACE.”
/ANNA.

The human perception of memory, of where reality ends and fantasy begins, is explored in one of Nobel Laureate Harold Pinter’s most famous plays ⭐⭐⭐⭐⭐

CPH STAGE IS AN ANNUAL OPEN THEATRE FESTIVAL IN COPENHAGEN, FOCUSING ON DANISH PERFORMING ARTS: WHERE IT’S AT AND WHERE IT’S HEADING. 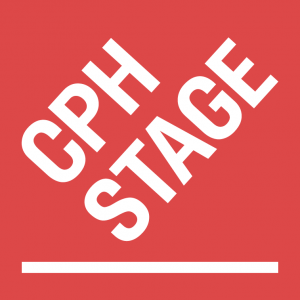 CPH STAGE facilitates an International Visitor’s Programme for professional presenters, producers and press during the international days in order to give an insight and connection into Danish Performing Arts.

This work is part of the festival’s vision on bringing new trends to Denmark and develop Danish performing art for a fertile exchange across borders.

HIT are delighted to be performing for CPH STAGE, not for the first time, but this year with an ever-more packed programme and of course a HIT play of their own. More details soon to be announced.