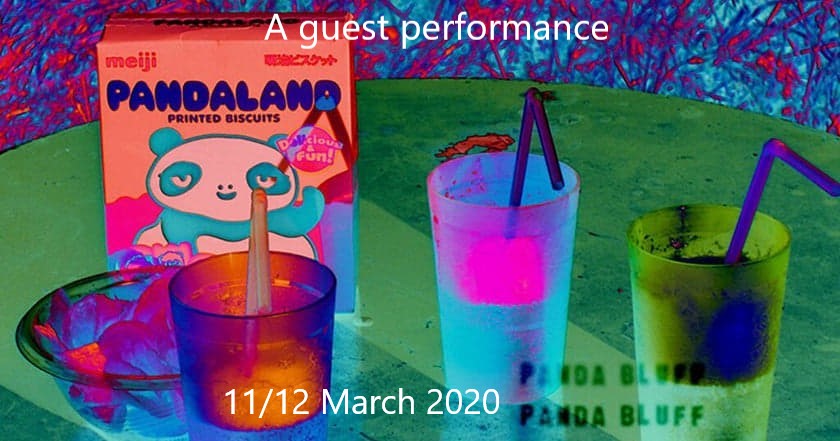 A guest production from Italy
hosted by HIT for 2 nIGHTS ONLY.

Welcome to a fun night and a theatre installation performance piece.

A large bowl of popcorn in the greedy hands of one of the three protagonists introduces a show, in which theatre roles mingle, subvert and blur.
This is a performance by three skillful actors, from a theatre company based in Italy. The show is built on the interaction between the
ensemble of actors and the audience, who we assure you, will be delighted and willingly dragged into playing a theatre game, in a meeting of intelligent minds!

There will be video projection, dance moves, surprise games for those attending. Be prepared to be surprised and keep an open mind.

The mechanism starts from a format and then opens up to every possible development, based on the physiognomy of the public itself.

This is a show that, in spite of the title, is anything but a bluff. It is indeed entertaining, interesting and a sparkling exhibition.

Is it a comedy, a tragedy? Will a clown embarrass me in front of my friends? We won’t tell you in advance. Except for the clown, there is no clown. Come and find out… you won’t be disappointed …

Panda Project’s presence in Denmark is kindly supported by: