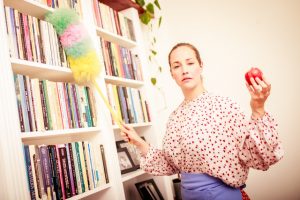 Meanwhile Matilde’s new employer’s household crumbles hilariously around them, with the arrival of the husband’s mistress. Charles is another highly successful surgeon and his mistress Ana,  Lane’s mysterious Argentinian rival,  is  interestingly, her husband’s patient.

Funny, tender and emotionally rich, this is a hugely entertaining 2005 Pulitzer Finalist play about the chaos of marriage, life and falling in love. With magical realism and romantic cliché, it ultimately finds humour even in sorrow.