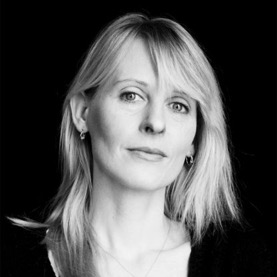 Jana is a German-Czech film and theatre producer, director and actress. She studied acting in New York (The Lee Strasberg Theatre Institute and, The Actor’s Studio), as well as directing and producing in London and Berlin.

After six years abroad, Jana returned to Germany where she worked for several production companies in Hamburg and Berlin and ran a children’s theatre. She has worked with the legendary German theatre director Peter Zadek and founded the Fringe Players.

In Cooperation with the Hamburg Ministry of Culture, Jana developed and produced numerous theatre productions and cultural exchange projects in Hamburg, Prague, Metz and Copenhagen. In 2014, Jana and her brother set up Manusarts GmbH for film, theatre and arts. Their award winning short film Occasus is currently touring international film festivals. Her cross-cultural presentation “The Legend Kafka – Worlds of a Visionary“, created in cooperation with Ballet Kiel, was performed in Hamburg and Copenhagen, opening the CPH Stage Festival 2015. The event was introduced and officiated by Copenhagen’s Mayor of Culture Carl Christian Ebbesen and the German Ambassador Claus Robert Krumrei.

In 2019 Jana  set up Move the North (link to www.movethenorth.com) a cross border festival and collaboration platform that culturally connects the cities of Hamburg, Copenhagen and Malmö.