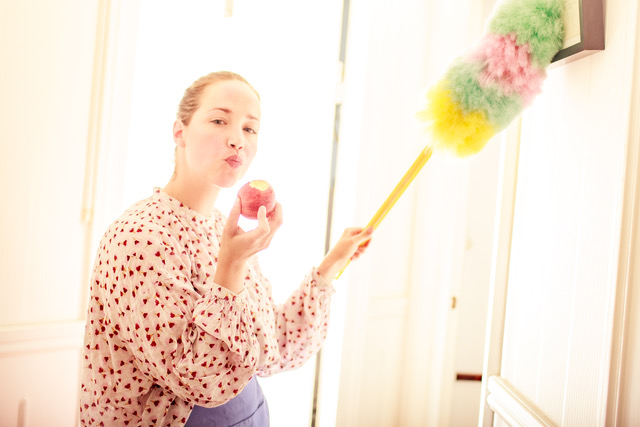 Critics and audiences love it! 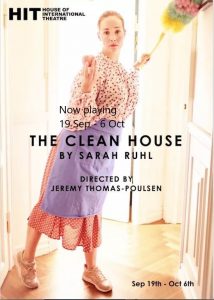 “…hilarious and dramatic all rolled up into one sensational play with professional and humorous actors! What a win to find theatre in English – great for our Internationals…. not to be missed and a definite thumbs up from The International!”
(The International Denmark Magazine)

“HIT does it again! English theatre in the heart of Copenhagen. Brilliant performance of Sarah Ruhl’s The Clean House”. ( Danish Life Magazine)

ABOUT THE PLAY:
“Would anybody like to hear a joke?”

Meanwhile Matilde’s new employer’s household crumbles hilariously around them, with the arrival of the husband’s mistress. Charles is another highly successful surgeon and his mistress Ana,  Lane’s mysterious Argentinian rival,  is  interestingly her husband’s patient.

Funny, tender and emotionally rich, this is a hugely entertaining 2005 Pulitzer finalist play about the chaos of marriage, life and falling in love. With magical realism and romantic cliché, it ultimately finds humour even in sorrow.

Performance Review: Theatre we can all enjoy with Vanessa, Zimba and Dina … and like!

Produced by Down the Rabbit Hole Theatre & Manusarts

With thanks for support for this production from Københavns Kommune and Konsul Jorcks Fond.