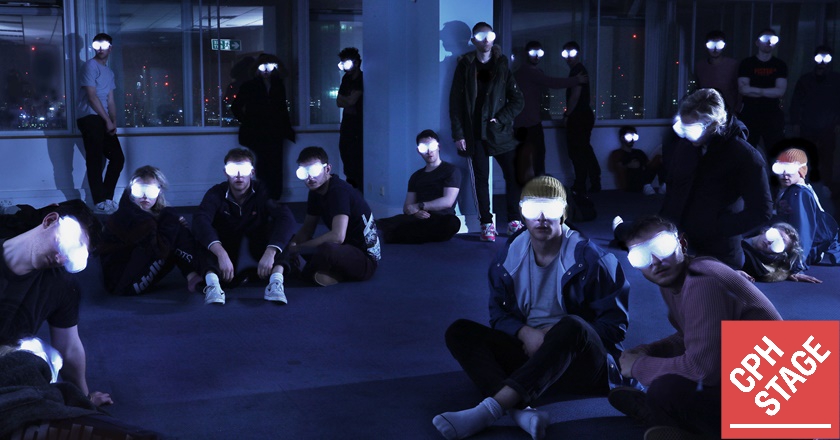 CLICK HERE TO BOOK TICKETS
Following a sell-out international run, and with a plot scathingly relevant to us all this year – Ferodo Bridges present an uplifting immersive binaural experience about isolation and plague, here in Copenhagen.

“10 years have passed since a fiercely contagious virus spread among a major city’s population, causing a mysterious white blindness and eventually, society’s collapse.”

★★★★
“A very interesting and enjoyable theatrical experience that will stay with you for a long time.” (London Theatre 1)
★★★★
“…bold in its experimentation with the immersive form, playing with many of the senses including sight, sound, and smell. This is a company who clearly work well together as an ensemble and have a strong understanding of non-visual
storytelling…a production worth seeing.” (London Pub Theatres)

(Greek Press/National Newspaper Avgi:)
“A peculiar condition of blindness that feels weird but soon proves to be effective in immersing us in the character’s psyche and living conditions.”

(Art Harbour:)
“…a well-structured and inspired piece of theatre that contains the reality of the human tragedy through the loss of identity and basic human rights.”

(Provocateur.gr:)
“I was extremely impressed by what I experienced. It completely immerses you in a world that seems strange and feels depressingly familiar. It gives an incredible new perspective on a story first conceived by Saramago and definitely rewards its audience.”

Come join us!  Be part of this interactive, immersive, live experience placing the audience en masse in the middle of the action on stage,  using state-of-the-art sound design in situ.
(Venue: Literaturhaus) 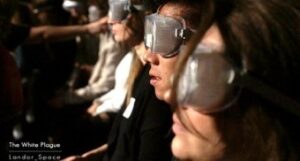 ABOUT THE COMPANY:
Ferodo Bridges is an international theatre company that creates and produces plays that engage audiences in an immersive and strongly political manner. The company’s work mixes storytelling to create experiences that foster debate and communication, usually in unconventional spaces and by using all the sense. Ferodo Bridges is currently touring The White Plague and is in production for David Greig’s The Events at the Greek National Opera. The company has also bee supported previously by the Arts Council England to create and tour work in England, and it has also presented work in Denmark, Japan and India in collaboration with various local artists and theatres.

The White Plague is brought to Denmark with the gracious support of Statens Kunstfond.